A day filming at sea. Marine filming in Cornwall – one of our niche skills. And working with the unsung heroes of Falmouth Bay. The Falmouth Pilot Service.

Falmouth Pilotage area covers Falmouth and Gerrans Bay, the Carrick Roads, the rivers Fal and Helford and the quarries on the east side of the Lizard peninsula.

And the Pilot boats are available 24 hours a day year round to guide vessels in and out of harbour.

They deal with every type of ship in the average working day. From super yachts to huge oil tankers. But on our day of filming with them there was a very special visitor to Falmouth Docks. The huge cruise ship Viking Venus. 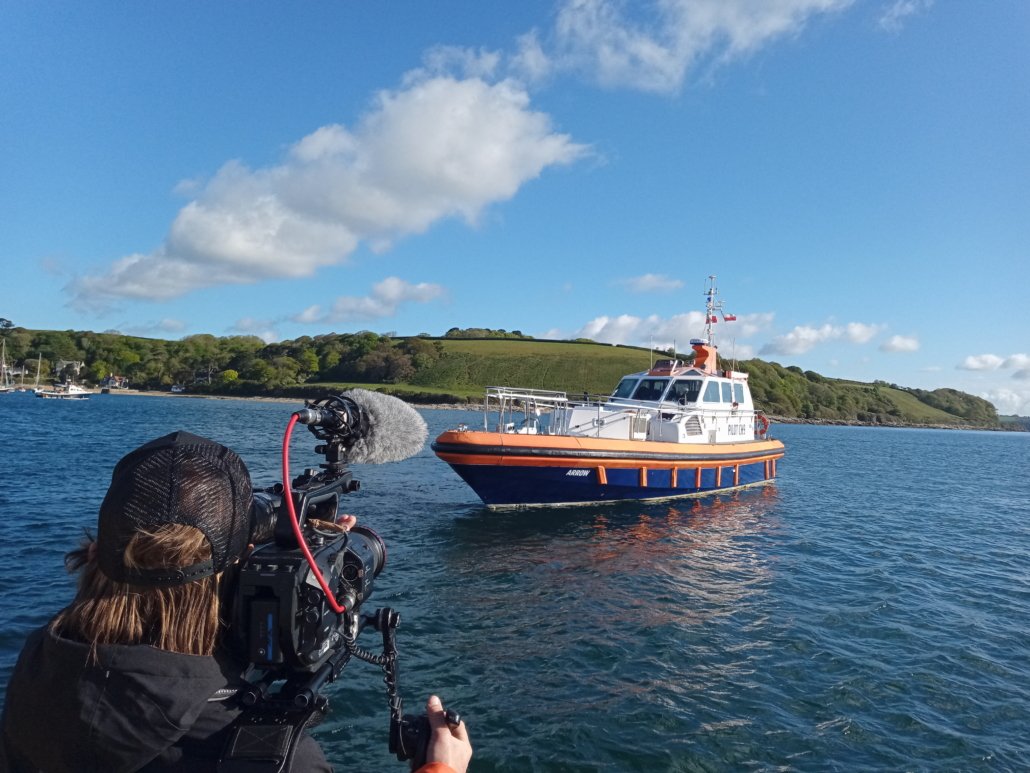 We have been commissioned by the Falmouth Harbour Commissioners to produce a series of films highlighting their work. Marine filming here in Cornwall is one of our specialities. And this was a great way to start the job.

The visit of this brand new cruise ship was a very special event. It was her maiden voyage of many scheduled throughout the year and beyond. And the first cruise ship to come to Cornwall since Covid restrictions were removed. So she received a very special welcome. Harbour Tug Mercia gave her a full water cannon salute. And it’s not the first time that we have filmed huge ships in Cornwall… 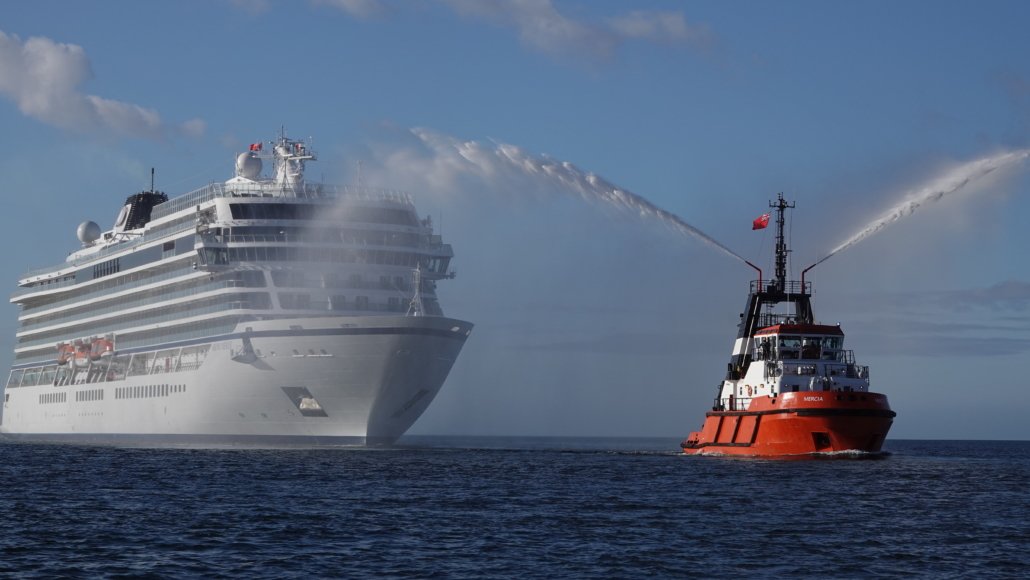 Out on his RIB, Miles Carden, Chief Executive of the Harbour Commissioners, captured some great images! 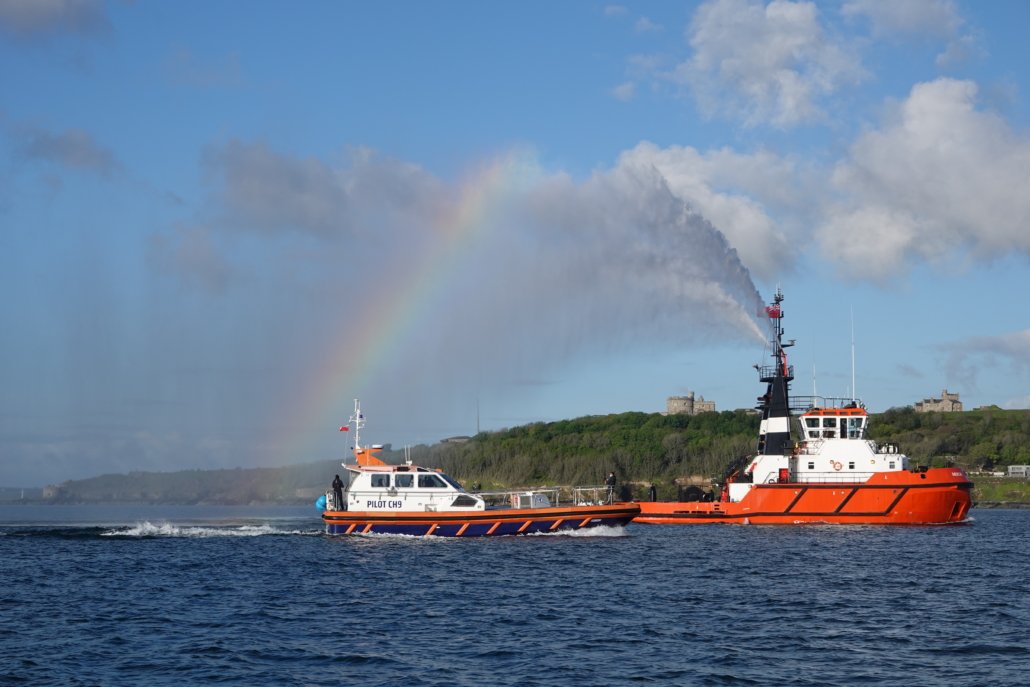 All in a day’s work…

And then after the excitement of the cruise ship arrival, it was back to normal for the Pilots. A huge tanker had arrived in the bay and needed fuel. So the Pilot boarded the fuel bunkering vessel and guided her skilfully alongside to allow her to refuel. Bringing two huge ships smoothly alongside one another is an amazing feat. But it’s all in a day’s work for the skilled crews of the Falmouth Pilot Services. 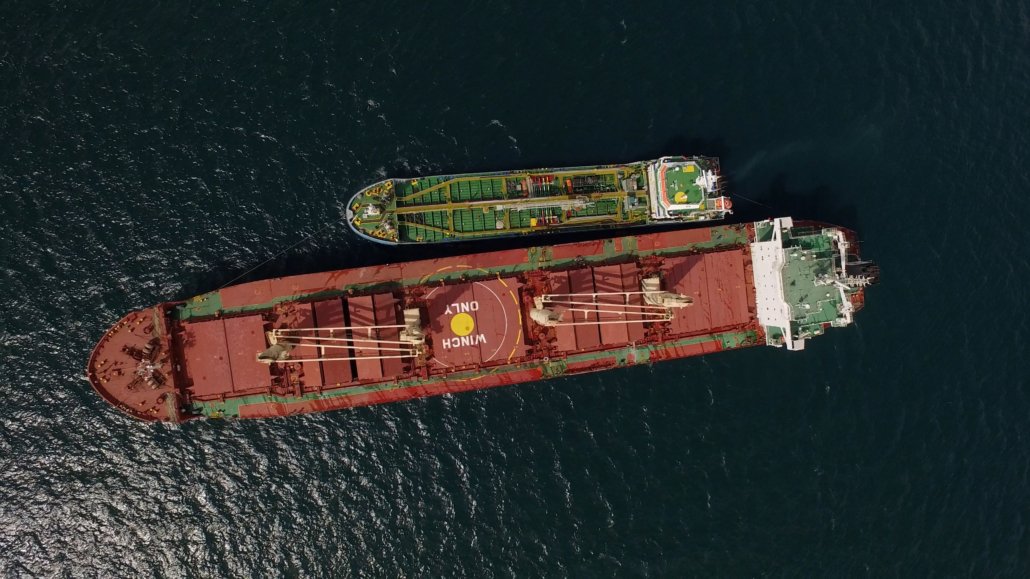