Good Energy are a national company. So corporate filming in Cornwall for them was a new challenge for us.

Good Energy had partnered with young climate activist musicians Orchestra for the Earth. They planned to perform a song using only wind instruments. And to perform it in front of some very powerful wind turbines in rural Cornwall. The location was particularly significant. Because the Delabole wind farm was the first commercial onshore wind farm in the United Kingdom, built in November 1991 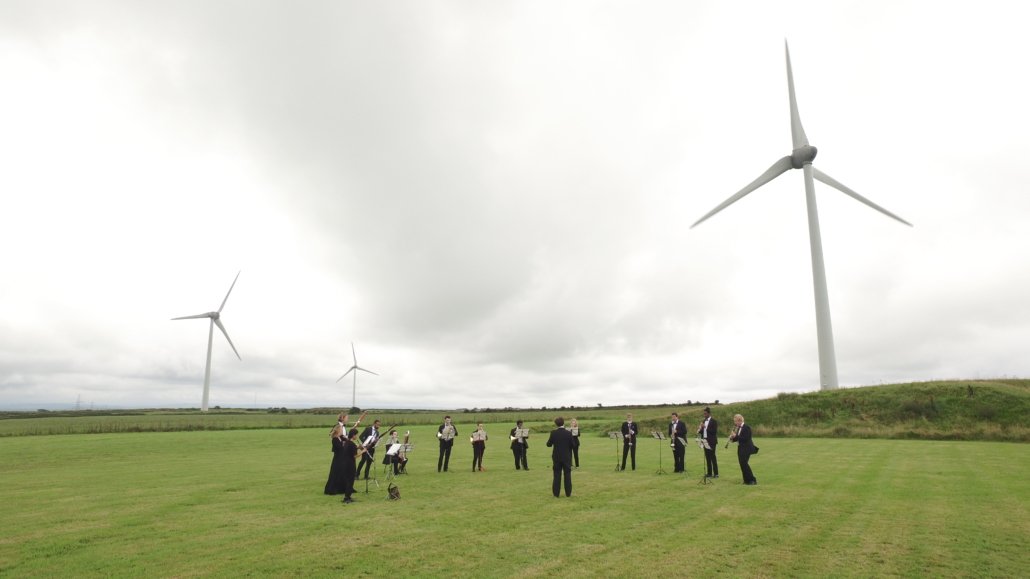 The timing of the project was very significant. 17th August was Earth Overshoot Day 2020. The day in 2020 when humanity’s demand on nature exceeds what Earth’s ecosystems can renew in the year. Scarily that date creeps ever earlier in each year.

This was a prestigious job in every way. Because we were commissioned for the day by the Press Association. The plan was to provide B roll footage for news stations covering the event. The Press Association quite rightly thought that using a Cornish film crew made more sense. For us it certainly did! And one reason that they commissioned us was Fionn’s drone filming skills.

Part of the brief was to deliver an interview with Julia Davenport. Julia is the founder of Good Energy and a climate scientist. her message was very poignant. “Earth Overshoot Day reminds us all that we are using more resources than we have. On this day we want to highlight the opportunity renewable energy brings for future generations.” 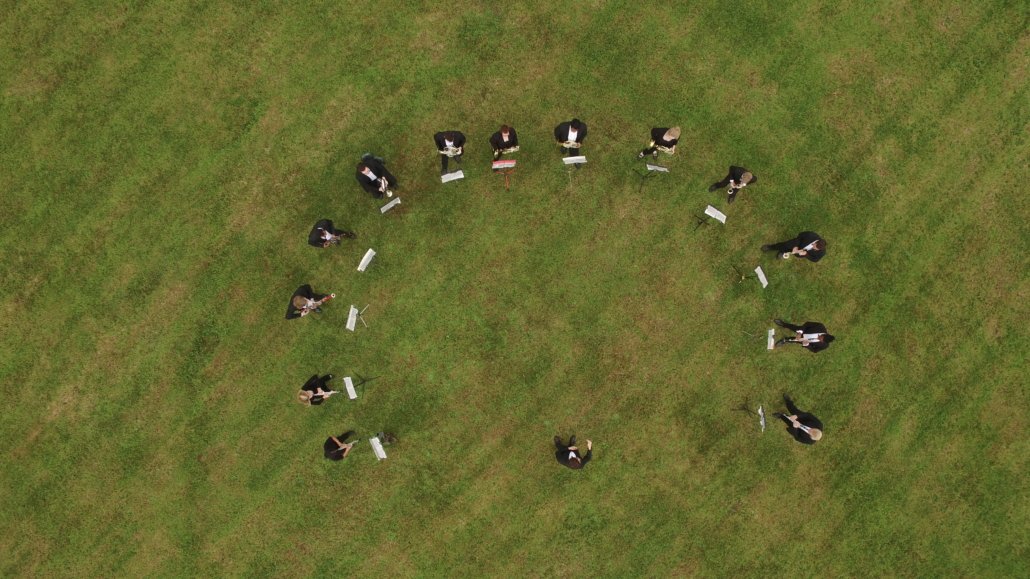 Orchestra for the Earth

Orchestra for the Earth

It was a long day for the orchestra members as they had all travelled down from London early that morning and were returning once filming finished. But they did a great job. And saw an amazing part of Cornwall that none of them had visited before.

And for us it was also a fun day. Working for prestigious clients. And our footage being seen potentially worldwide. Yet another good day of corporate filming in Cornwall…