Film production inevitably involves a lot of travelling. As a Cornish film production company we probably cover thousands of miles in Cornwall in a year to visit filming locations. But unlike most other film companies in Cornwall, we also travel extensively around the world filming.

So to try and offset the harm that we are doing to the planet we have bought 6 acres of land. About 10 miles from the studio, Brunnion Farm is on the West Penwith moors. It’s a beautiful spot. We have an old mine shaft on the land and an ivy covered engine house alongside. We have views to Trencrom Hill to the east and over Mounts Bay to the south and west. 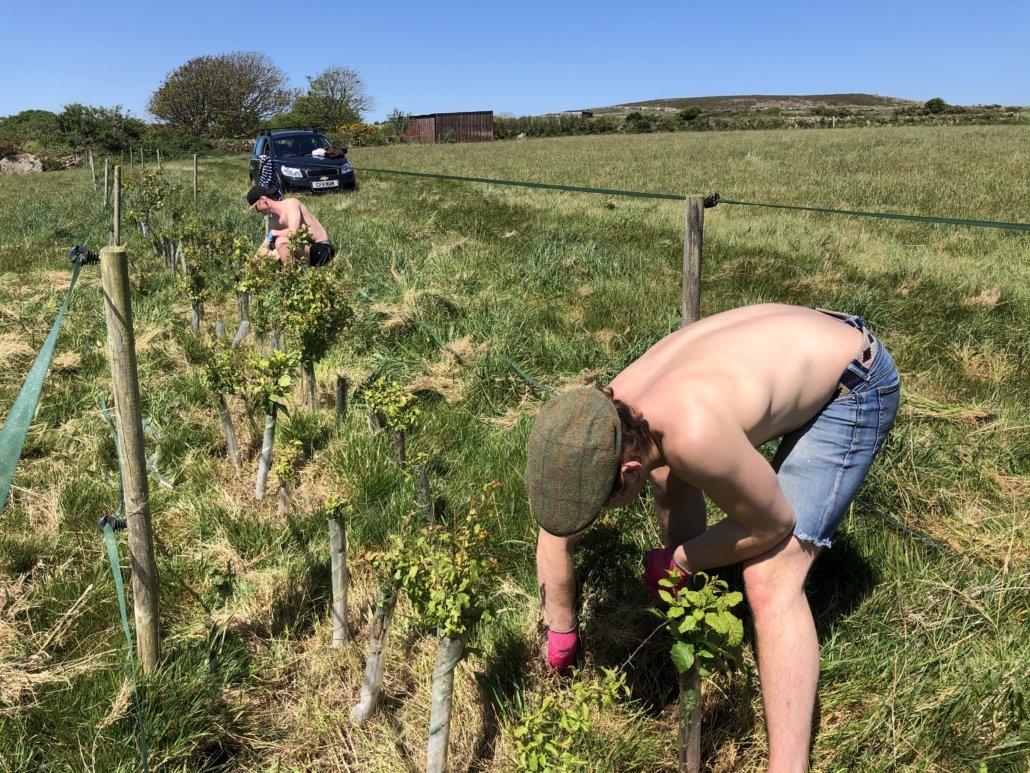 We have been producing documentaries as Shark Bay Films for thirty years. These wildlife films involve us to travelling to some of the planet’s remotest locations. For our current film we travelled to Costa Rica, Gabon, Cape Verde and Guinea Bissau. We will be travelling to Papua New Guinea on our next project. All these locations mean we are covering tens of thousands of air miles.

We also carry out extensive marine filming, and produce videos and articles for Motor Boats and Yachting Magazine. Over the past few years these assignments have taken us as far as Norway’s Arctic Circle and to St. Petersburg in Russia. 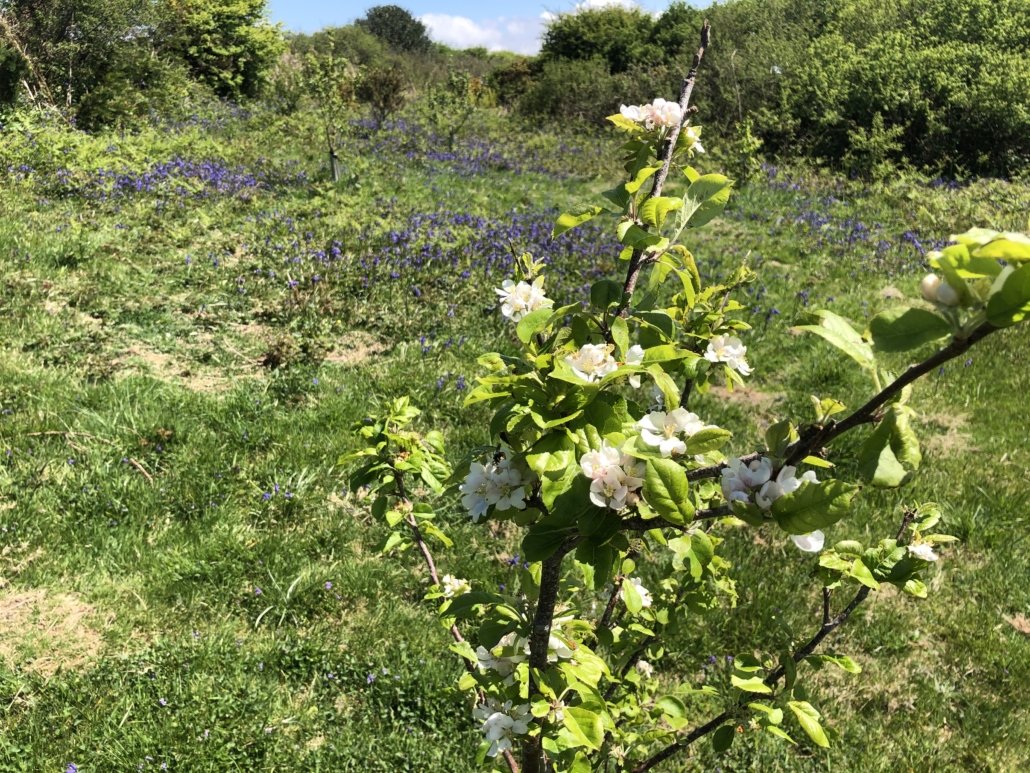 Bluebells in the orchard and cherry blossom

The previous owners had already started planting trees around the field. They have planted two windbreak hedges that are still tiny but growing well. And they also planted a small orchard with a variety of fruit trees. So we have now started our own tree planting programme. We have this week planted our first 105 saplings from Woodland Trust. And we will be continuing with the project until the whole field is vibrant woodland instead of pasture.

We have also created 2 ponds and set up a wildlife trap camera by them. In our first week we have captured images of rabbit, fox, owl, badger and squirrel visiting the pond.

What an exciting and worthwhile project! 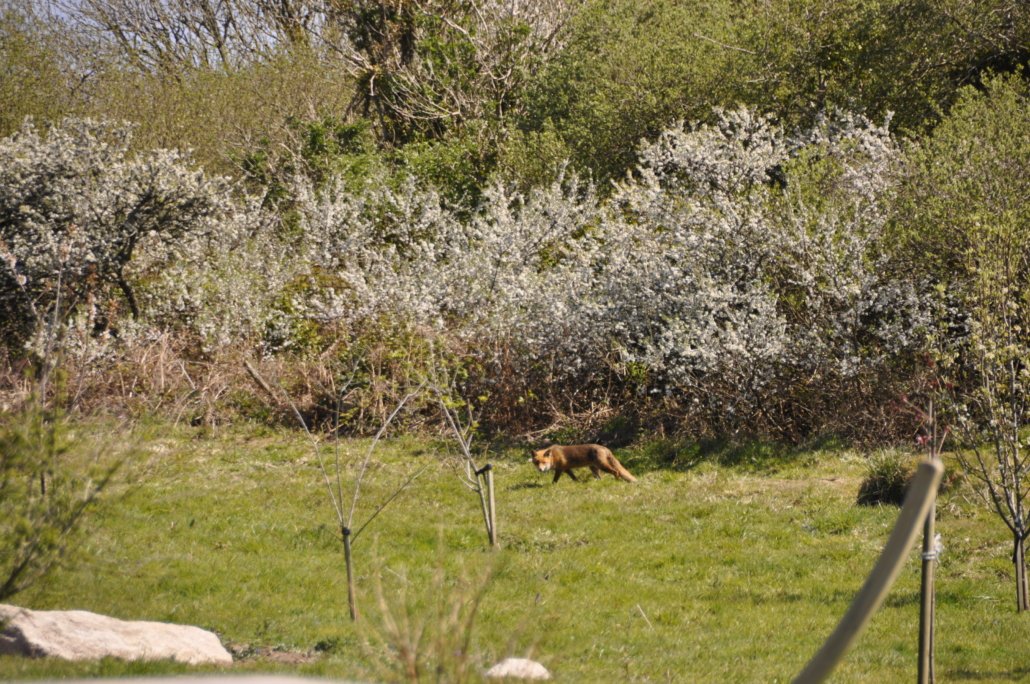