Our Cornwall Location Scouting skills have been called on again. And this time for a Hollywood movie!

Hallmark Films are huge in the States. And you will have seen many of their films on Channel 5 as well as other broadcasters. They were looking to make a film about a girl brought up in America but now seeking her Cornish roots. Astonishingly they looked for filming locations – in Hampshire! Realising their mistake they then looked for location scouts with Cornish expertise. So that’s when we came into the picture.

Unlike our experience with previous scouting commissions, Hallmark were looking for multiple locations for the many scenes in the film. From railway stations to picturesque farms. Stunning cliff paths and secluded beaches. Locations to set up a farmers market and a literary festival. Pubs and cafes. Libraries, schools, pubs and cafes. All with an iconic Cornish flavour. And all very last minute, as essential scouting days had been wasted in Hampshire…

So a very last minute but exciting whirligig journey scouting through West Cornwall for suitable locations. And then negotiating with each of them. Followed up by the Tech Recce to discuss requirements of the camera crew, director, stunt co-ordinators…

And our intimate knowledge of every nook and cranny of West Cornwall meant we could deliver everything that was needed. 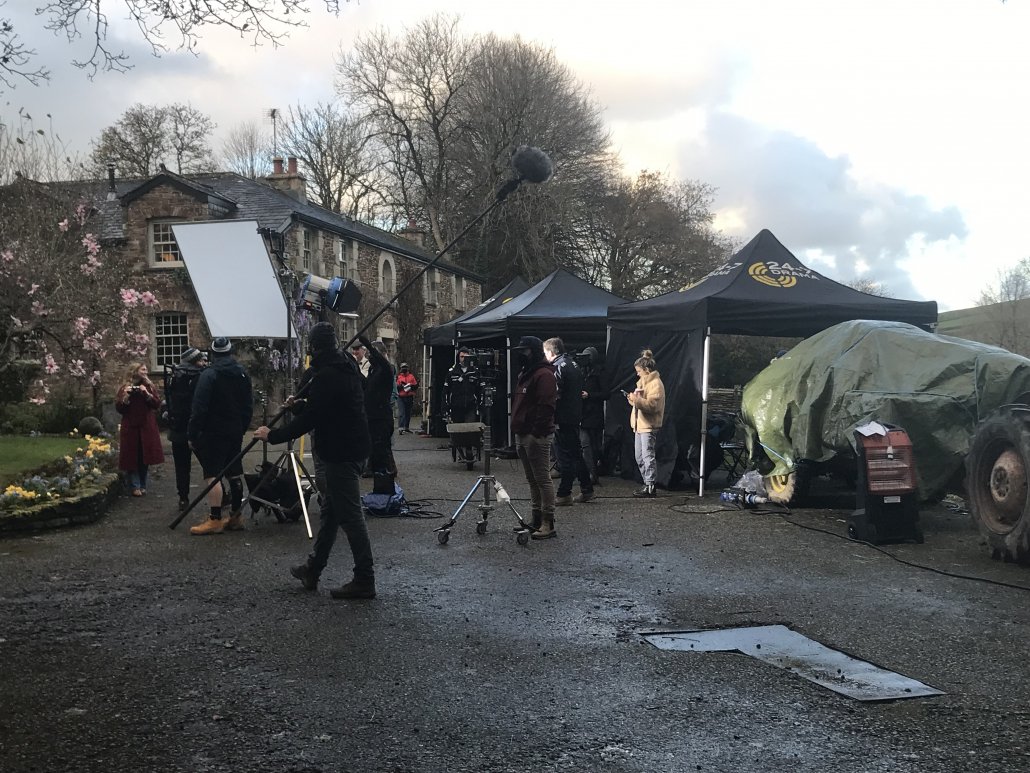 Head of Department on a Hollywood film!

And then I became Location Manager – Head of Department on a Hollywood film! Fionn was appointed as my assistant. And River worked in the camera department.

With a major production such as this, there is so much more for the location scout to consider. Finding a unit base able to securely accommodate a dozen articulated trailers plus smaller trucks and parking for 50+ other vehicles. Which like a travelling fair moves its base daily. 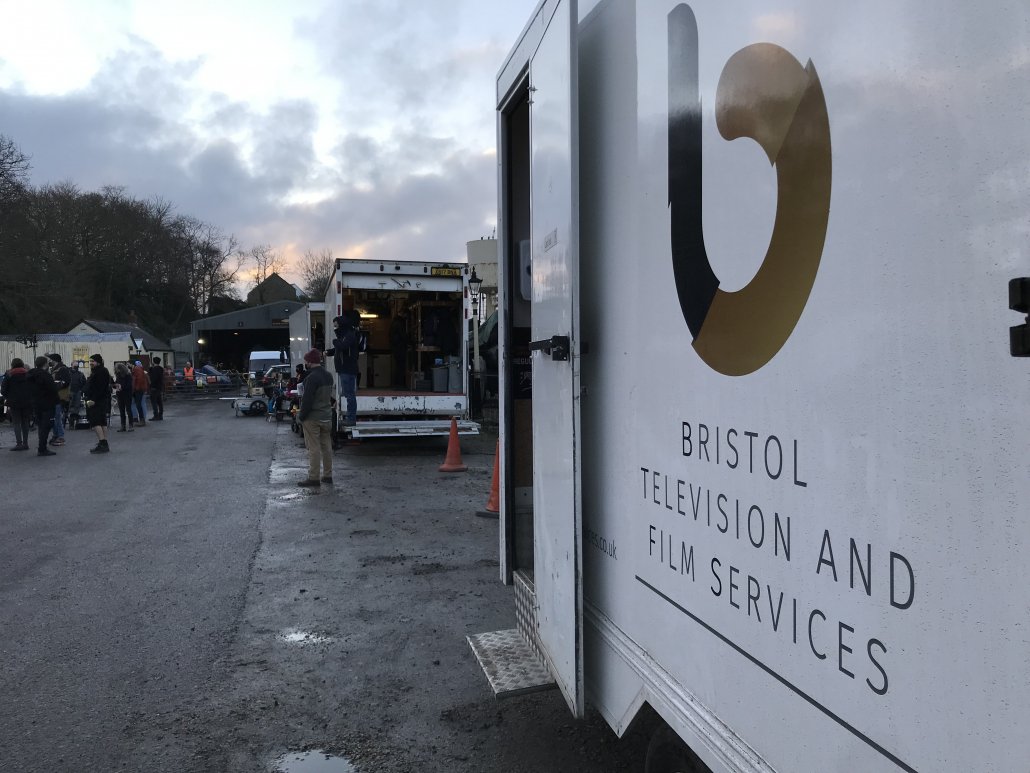 Articulated trailers at Unit Base

So much to think about and organise

And even something I hadn’t thought about. At every location, every single business that might possibly have their signs or logos in shot have to sign a waiver.

And on location some unusual skills are required. In this instance goat wrangling! 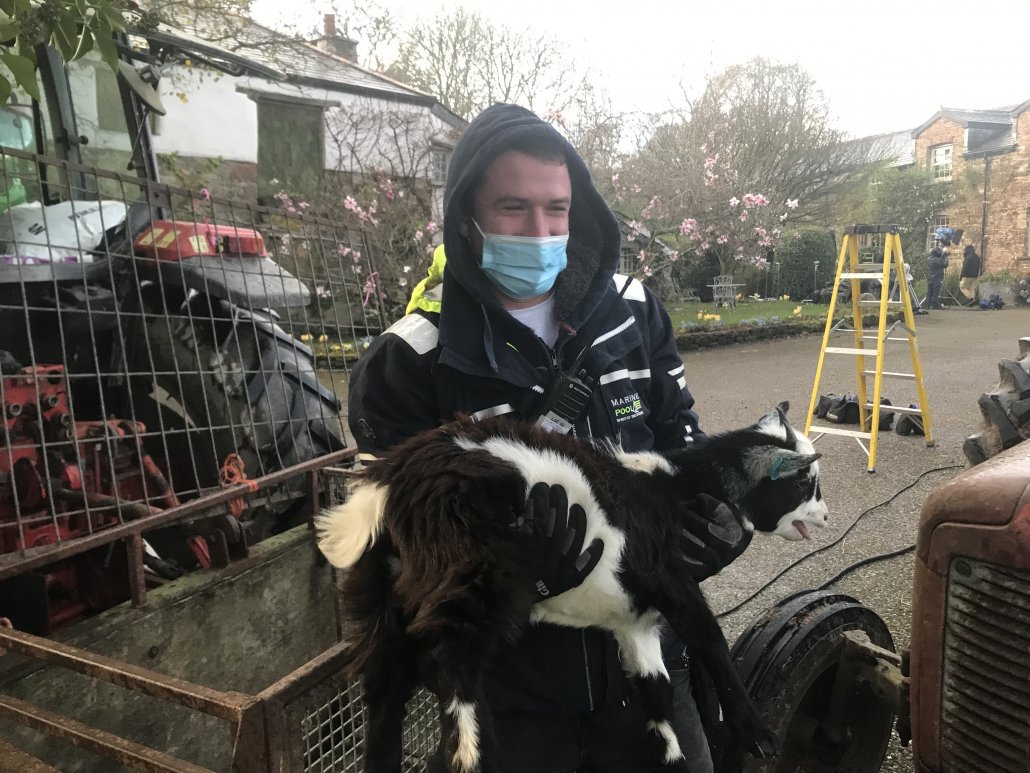 Once again we proved that if you need Cornwall location scouting – we deliver!