First job of the week was for our friends Tate Digital. 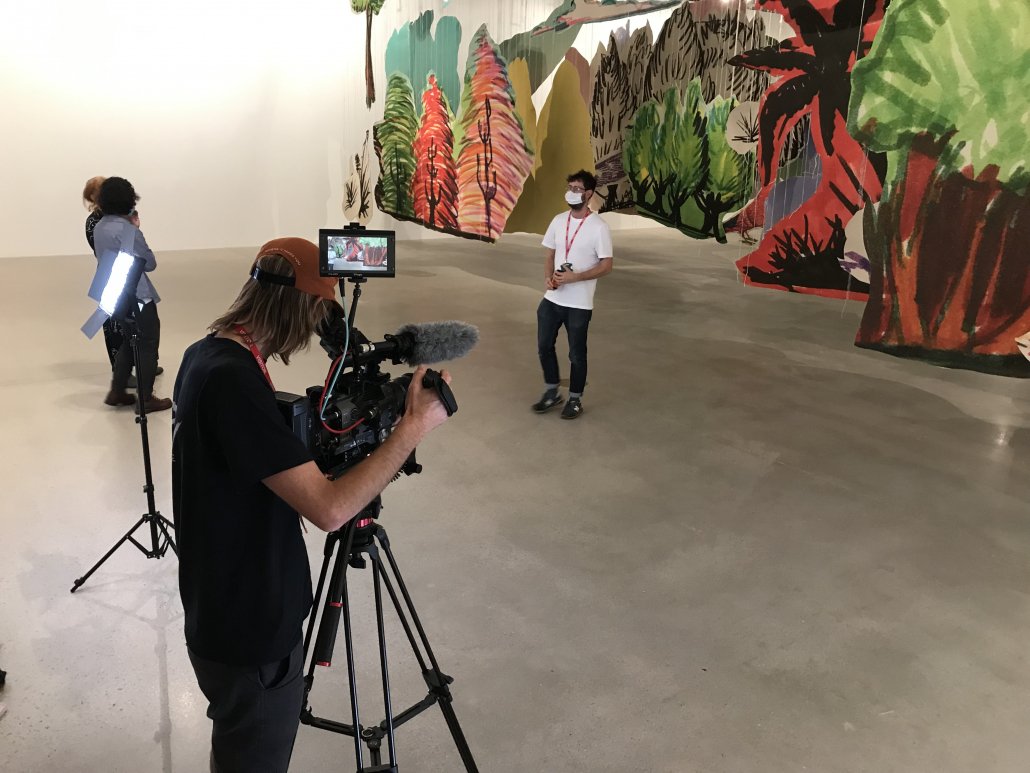 In 1999, when Petrit Halilaj was 13, Serbian troops swept through his native Kosovo. They forced him and his family to flee into refugee camps in nearby Albania. In his early work he depicted scenes of devastation. Military helicopters descending on Kosovo, tanks tearing their way through the countryside. Homes going up in flames, soldiers holding civilians at gunpoint, a family being massacred. 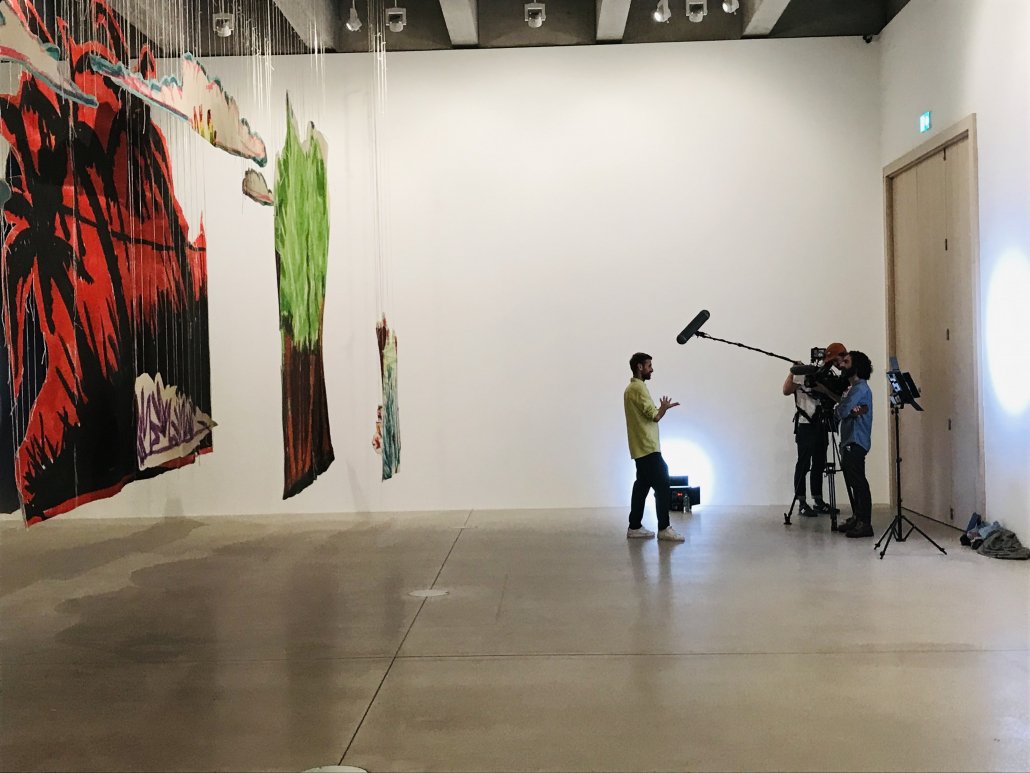 But he also drew things he had drawn before the war, idyllic landscapes and fantastic birds. And Halilaj made quite an impression. He attracted the attention of the international press and even the then UN secretary general Kofi Annan. Because it was a privilege to work with such an intriguing and talented artist. Here’s the finished film. 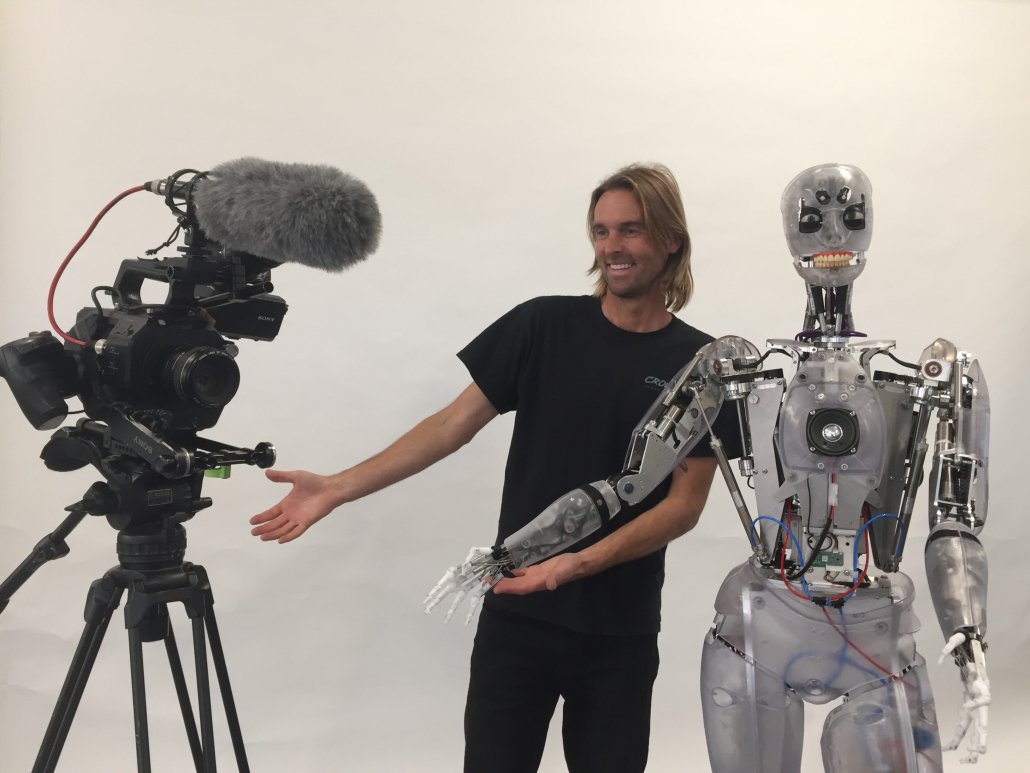 Humans, check this out, Mesmer has found a way to mirror you. They’re mesmerising by design and can imitate the appearance of just about anybody. Able to maintain eye contact and respond in real time to those around them. Mesmer makes for robot-human interactions that will never be forgotten.

Yes, real lifelike robots are a reality! They are even multilingual. And designed for numerous functions and settings. Exhibitions, science centres, theatres, stadiums, corporate presentations and live TV are just a few. You can even have one as your office receptionist… 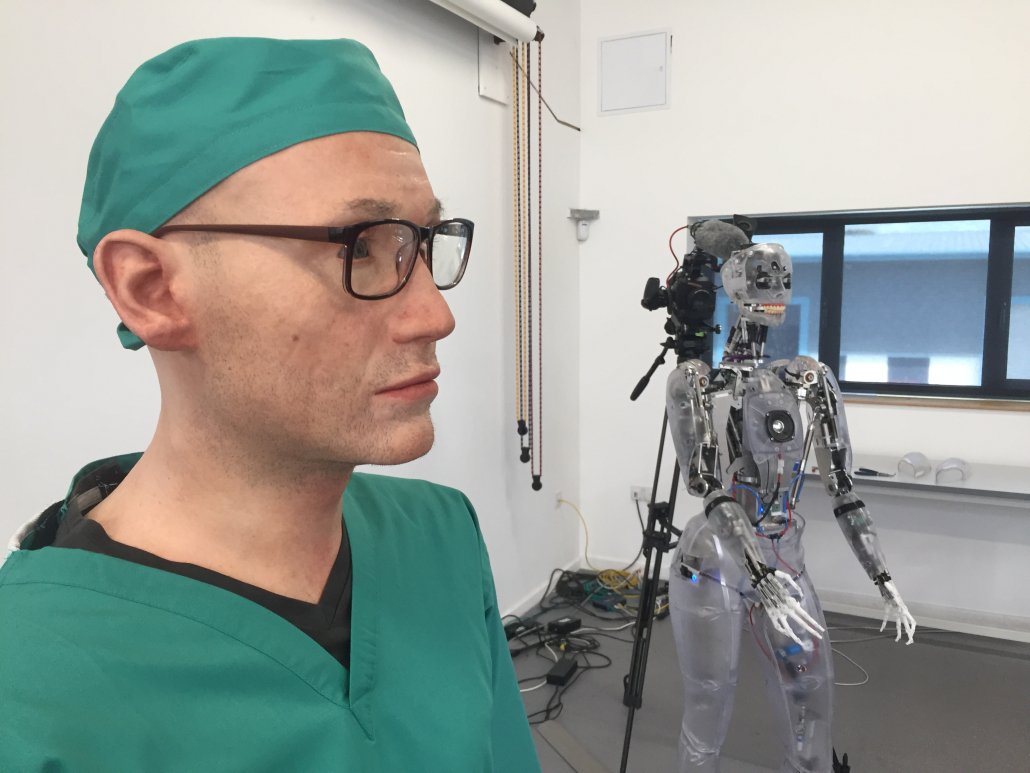 These are both robots!

And finally to finish the week, a job for Press Association. River and Fionn travelled to North Cornwall. And the job – filming a film projection onto wind turbines for Good Energy. We had worked with both before. But the job was slightly more complicated than before. Filming at night. And from a drone. And in high winds…!

All in all just another week in the life of a camera operator in Cornwall! 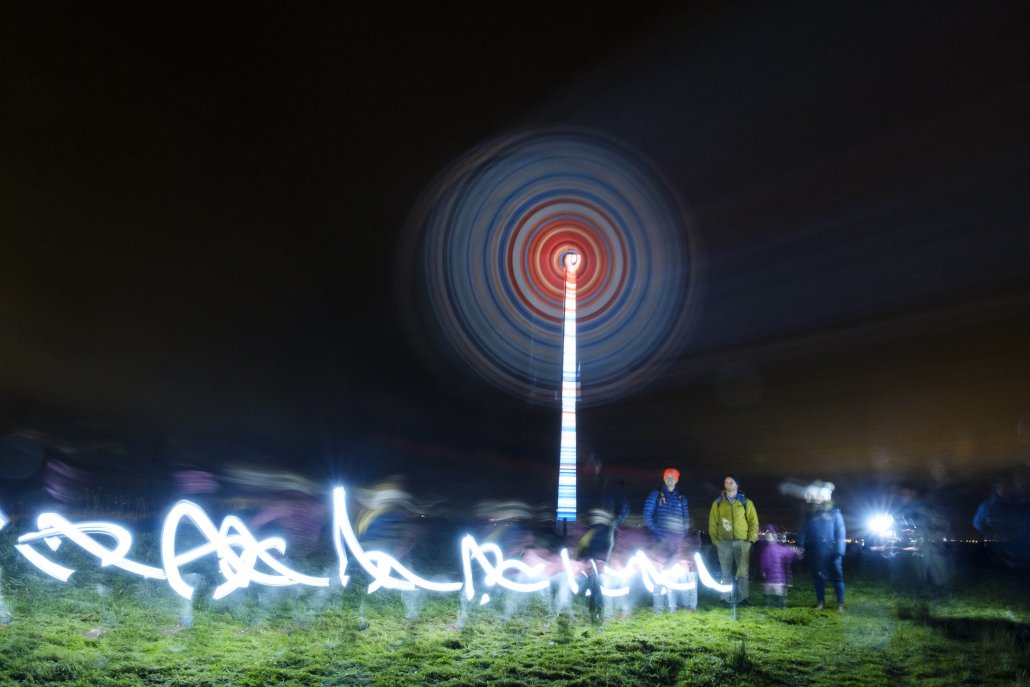 Music Event Filming – Will Keating and Friends
Scroll to top