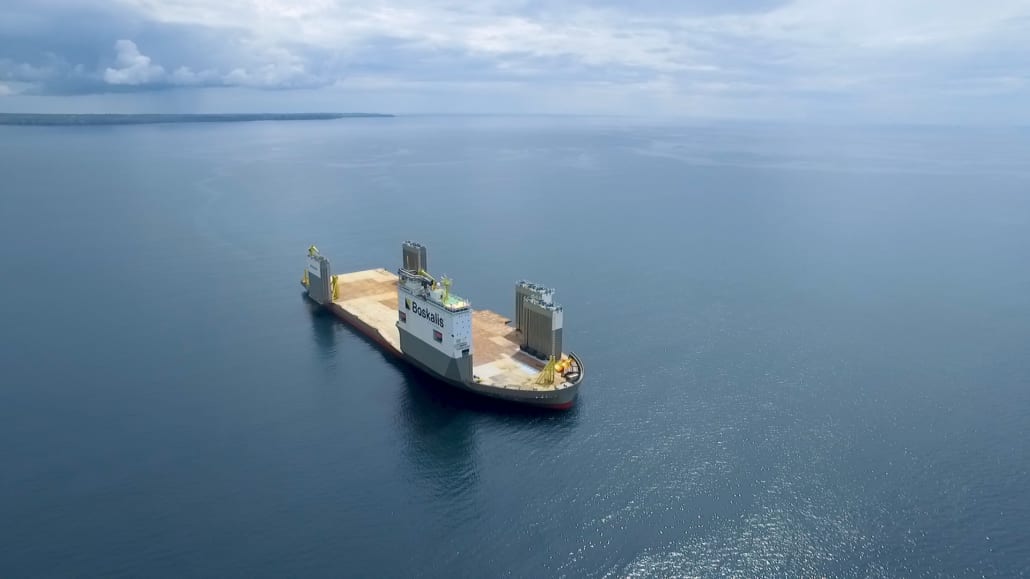 Twofour Broadcasting based in Plymouth are a part of the ITV network. They produce a massive amount of content that you will have seen – usually fascinating real life shows. One of the most fascinating of these is Impossible Engineering.

Impossible Engineering looks at the history of pioneering modern-day mega structures. Behind every seemingly impossible marvel of modern engineering is a cast of historic trailblazers who designed new building techniques, took risks on untested materials and revolutionised their field. 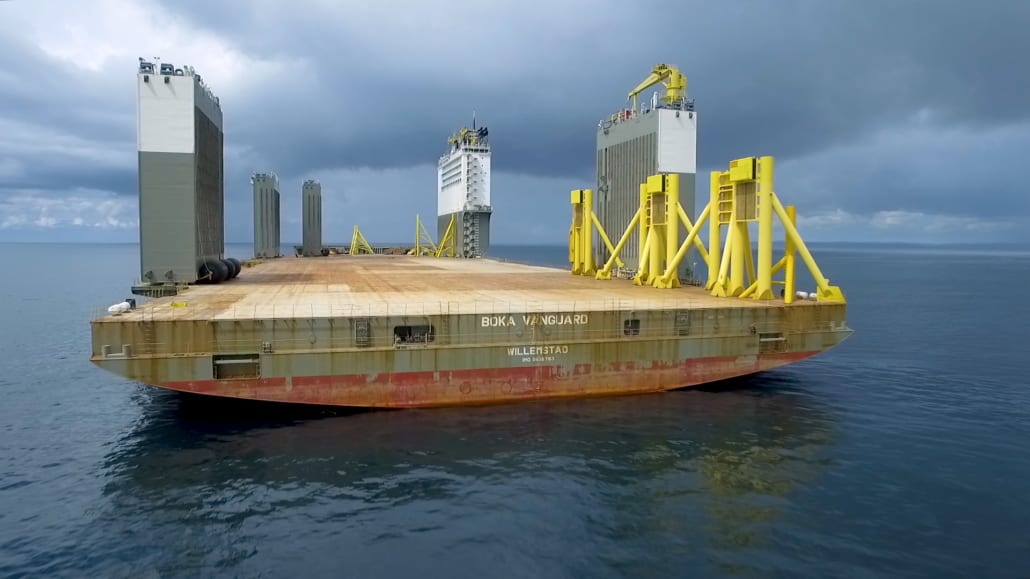 The Impossible Engineering series details how giant structures, record-beating buildings, and the world’s most cutting-edge ships, trains and planes are built and work using 3D graphics, archive and specially shot footage. As this series revels in these modern day creations, it leaps back in time to recount the stories of the exceptional engineers whose technological advances made it all possible.

And in their latest series they are featuring Boka Vanguard, the ship that has been sitting several miles offshore in Mounts Bay for several weeks.

Anyone who knows my boat Cecienne can get an idea of scale – she is in the background! 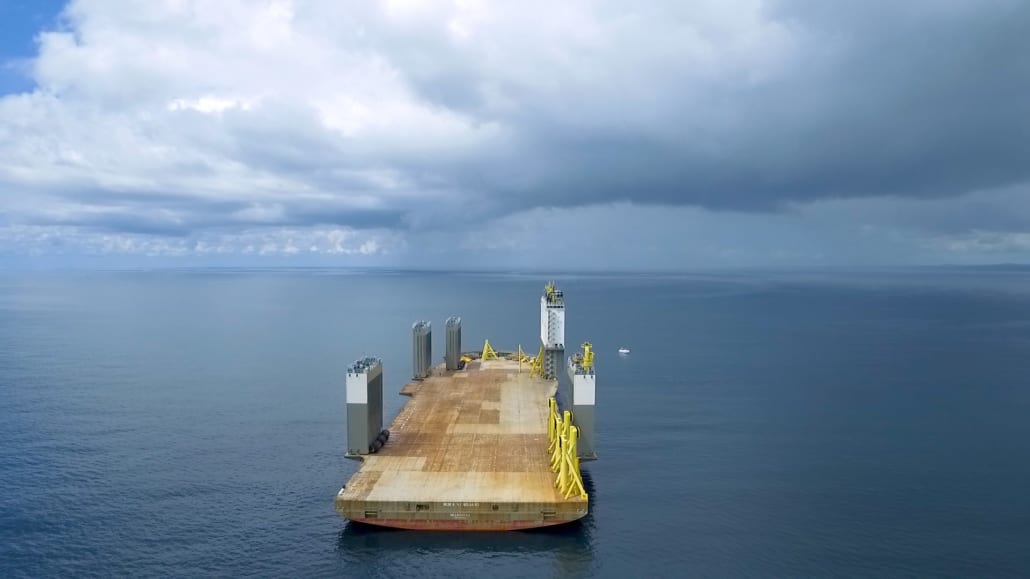 Boka Vanguard with Cecienne in background

Boka Vanguard is a semi-submersible heavy lift ship. Vanguard is the largest vessel of her type ever built, and is able to carry cargoes up to 110,000 tonnes. She cost US$240 million to build. The vessel is so huge that it can transport oil rigs, container ships, and even cruise liners. She sinks below the ship she is to carry and then her ballast tanks are emptied and she rises again to the surface. Incredible!

We can see Boka Vanguard from our studio. She is sitting at anchor waiting for her next job. In fact you can see her from miles inland, so colossal is she. So when we got a call from Twofour to get some drone footage of her, we were right on it! 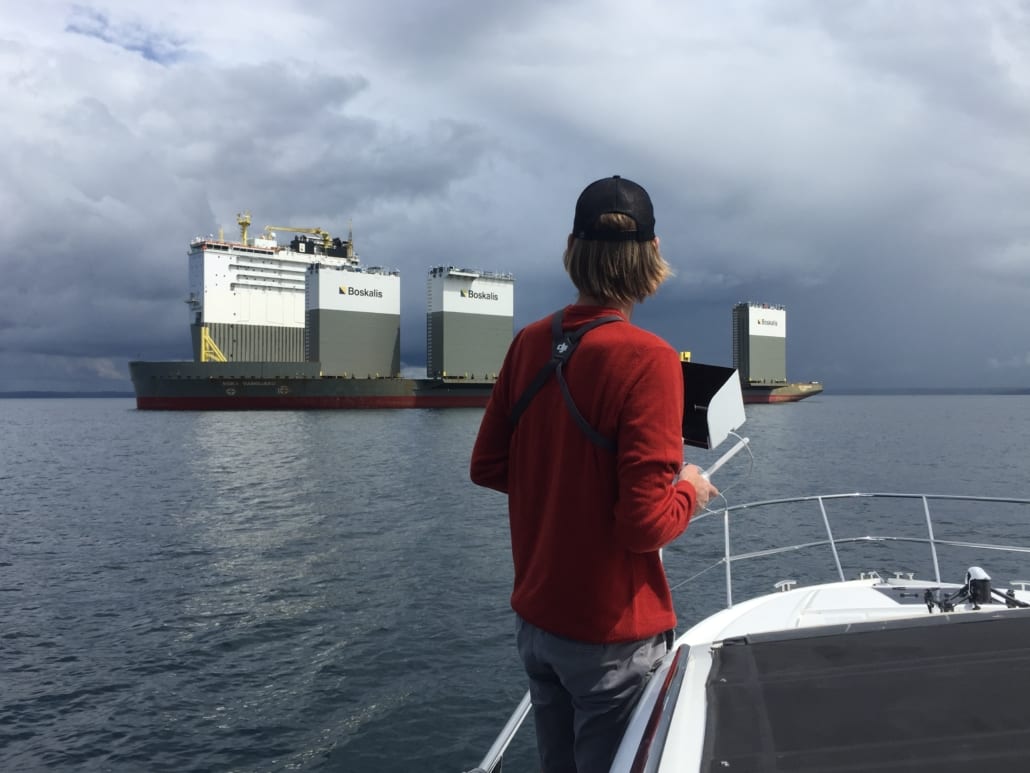 Just another day in the office…

On a flat calm June morning we left Falmouth early morning and within an hour were alongside her. And she really was ginormous! In the images that we took, you can barely see Cecienne alongside her. Watch out for the episode which should be broadcast on UKTV‘s Yesterday Channel soon!

I love our job – you never know what the next phone call will bring!

And as the rain clouds gathered in the west we head home – a job well done! 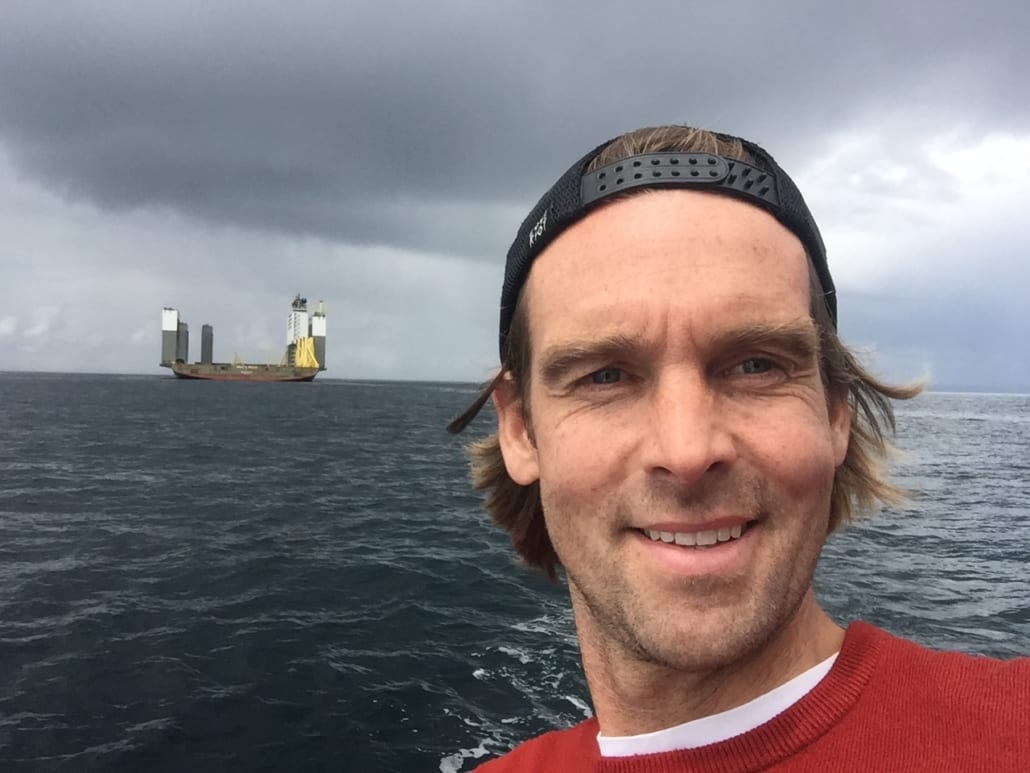