We were working along with Simon Green and his extremely talented team at Design 79  to produce a customer confidence campaign. Train networks are keen to get passengers using their services once lockdown is lifted. So the films and short clips we are producing show the extent of extra daytime station cleaning and night time train cleaning to tackle Covid risks.

Filming on locations in London

Part of the project involved our film crew travelling to London to capture footage. We filmed overnight train cleaning at Wembley depot. And we filmed daytime station cleaning at Shoreditch High Street. Both filming sessions were great fun. The team from Arriva were so good to work with. 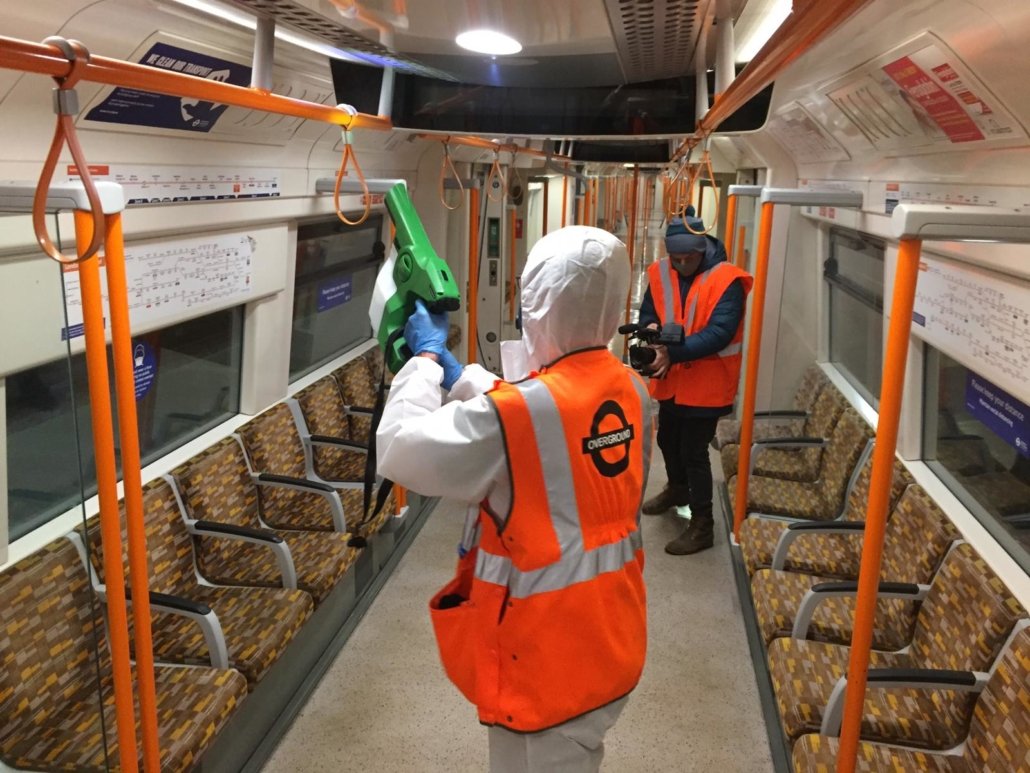 The other part of the project was to produce some eye catching shorts, the theme being “Mask Up”. The concept was to have real people on screen and cartoon imagery behind them. Green screen was essential for this. Converting our garage into a green screen studio we delivered the footage. Then Frazer Fox of Design 79 added the graphics.

Many millions of Londoners who travel daily by train will see the clips. They will be played in stations throughout the network. Not only on large station screens but also at point of purchase of tickets. TfL and Arriva’s will use them on their websites, which between them get millions of hits. And there is also a version of the films they will use when the Covid crisis has passed. Plus the final item will be a short documentary as a tribute to all those working behind the scenes to keep rail travel safe…

So do bear us in mind when you are looking for some corporate filming! You don’t need to look beyond Cornwall for first class quality film production.